Some of my favorite adventures in life are the ones that belong under the category, I did it once, I never have to do it again.  If I did it once, I can mark it off my Bucket List.  And, I don’t have the agony of waiting until an appointed time, or until I gain a certain amount of money, to do the thing again.

We got to cross of one the things on our (combined) Bucket List: go to a Presidential inauguration.

Mother was blessed enough to get two free tickets for the inauguration, so we decided take the leap and go on an adventure.

We drove to D.C. and rode the subway/train.  It was very easy to understand, and fun to ride (like the underground in England).  It wasn’t that packed, maybe towards the end of our trip, but it was still pleasant.

There were a lot of people, which made me happy.  Even the protesters, the ones who booed him and yelled while he was making his speech made the time entertaining.  I enjoyed it.

Before it was over, Mom and I booked it (to beat the crowed), and hoped back on the subway to head to the zoo.  It was a nice zoo, for being free.  It was a colder day, as you can see in the picture, but we dressed accordingly (something you become quite good at, living up North).

Overall, it was a very eventful day.  We have the pictures, and the memories, and that’s really all that we need. 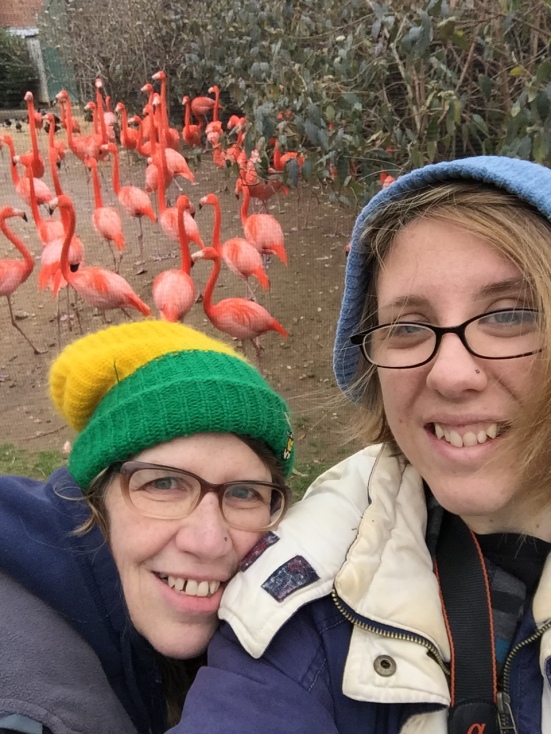 Ideologies separate us. Dreams and anguish bring us together.

What Do I Write?

You Could Use Another Newsletter

I feel like a walking TikTok billboard, with my @halara_official dress and @drinkcirkul water bottle.
I am so excited to go back to blue, and this color is everything! Thank you @dismalcupcake!
When your gay friends think you’re a closet gay so they help you pick out an outfit with stuff you ALREADY own to try to convince you otherwise. Not me thinking I just like this style 😂.
You know how much I don’t like posting filtered pictures, but the first one just makes me happy. Anyway, this is my Sagittarius Serpentarius inspired look (last picture).
Decided to throw on some makeup. You know, to avoid doing more important things.
I don’t know if, “Happy one year anniversary of Mom’s passing,” is appropriate. Maybe, “Happy one year of Mom being in Heaven,” is better. Either way, it’s been a year. A year! I can’t believe that. It seems like just yesterday, or last month.
I love black and white.
Happy 200th post!
Just a bruh girl in a dress.